Peregryne is a small choral ensemble established in Vienna in 2009 that specialises in performing rarely-heard church music, particularly large-scale late-medieval Marian antiphons often taken from the Eton choirbook (c. 1500). Over the past thirteen years, its international membership has drawn together musicians from Ireland, England, France, Austria, Germany, Denmark, Korea and the USA.

The group has performed in Ireland, England, Austria and Switzerland including a tour to Graz and Vienna in 2014 and a week’s residency at Bristol cathedral in 2015. Peregryne won the RTÉ Lyric FM Choirs for Christmas competition with Palestrina's Hodie Christus natus est in 2014 and sang a Service of the Word on RTÉ 1 television and RTÉ Radio 1 in 2018. Peregryne performed for the Irish International A Capella Festival in the University Church in 2018, and can most often be found performing the monastic office of compline in churches and cathedrals around Dublin, which they did for an international Spenser conference in St Audoen’s in 2015, and again more recently in April this year in the Lady Chapel of St Patrick’s cathedral to conclude the Dublin visit of the annual conference of the Renaissance Society of America.

The name Peregryne ultimately finds its origins in the Latin peregrinus, meaning foreign or exotic, as the Irish monks or peregrinatio must have appeared when wandering through medieval Europe. Its cognate is the word pelegrim, and today we are privileged to continue a tradition of choral pilgrimage throughout Europe and beyond.

Jack Oades is from Exeter in the UK. Born in 1994, he began learning the piano and the violin from an early age, and took up the organ aged 16. He read music at Pembroke College, Cambridge, with an Organ Scholarship at St Edmund's College, Cambridge, and graduated in 2015. From there, he held positions in St German's Cathedral, Isle of Man, Croydon Minster and St Patrick's Cathedral, Dublin. He is currently the Organist and Assistant Director of Music at Christ Church Cathedral, Dublin, and is a Fellow of the Royal College of Organists. A multi-award winning composer, he has written for variety of forces, from full symphony orchestra to piano and synthesizer. His works have been broadcast on Radio 3, and performed all over the world, with highlights including King's College, Cambridge, Notre-Dame Cathedral, Paris, and the Edington Music Festival. 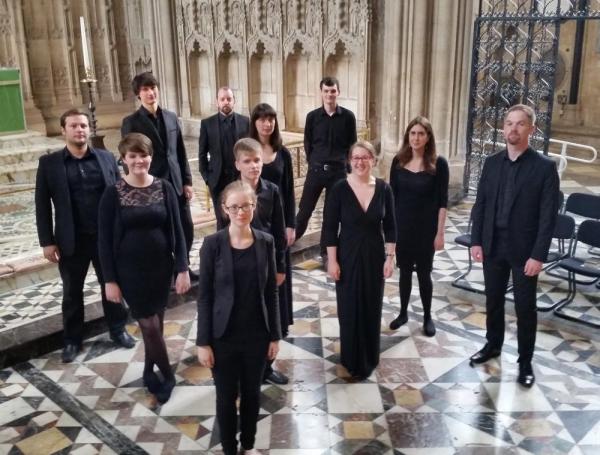 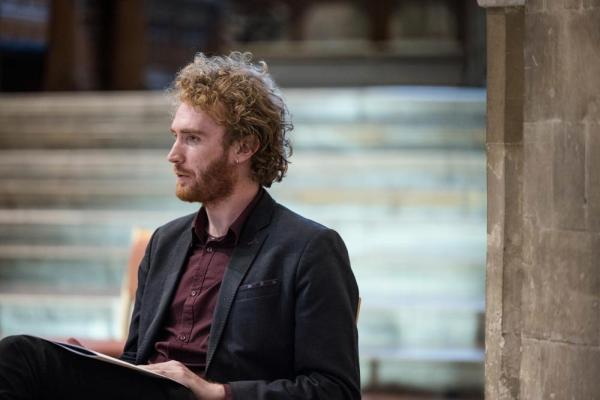