Galway Cathedral Recitals was founded by Raymond O'Donnell in 1994, with a view to presenting an annual series of organ recitals in Galway Cathedral.

Now in its twenty-fifth year, the series has grown to become one of Ireland's premier summer concert series, embracing a wide range of soloists and ensembles. It remains true to its roots, with organ recitals forming the backbone of each annual series and the Cathedral organs featuring in virtually all of the concerts in one way or another.

Raymond O'Donnell has been organist & Director of Music at Galway Cathedral since January 1994. A native of Dublin, he studied music and mathematical physics at NUI Maynooth, graduating in 1991 with a first-class honours MA in organ performance and interpretation.

Besides playing the organ, his duties in the Cathedral include directing the Cathedral Choir as well as planning and implementing music for the Cathedral liturgy. Between 2006 and 2007 he oversaw a major rebuild of the Cathedral organ, by Irish organ-builder Trevor Crowe, which saw it become what is probably the finest symphonic instrument in Ireland today.

In addition to his work in the Cathedral, he has a busy performing career which in recent has seen him give recitals in Germany, France, Belgium, Spain, the Czech Republic, Poland, Finland and the UK. 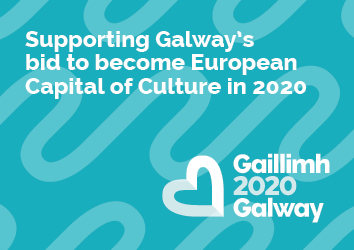