Founded in 2013, St John’s Voices is already developing an enviable reputation for its high-quality  and emotionally charged performances. Established initially in order to sing evensong weekly in the College Chapel, the Voices have already established themselves as one of the most quickly-evolving and ambitious choirs in Cambridge. They undertook their first foreign tour in December 2015, after only 2 years of existence. The choir performed Messiah to sell-out halls in Hong Kong and Singapore in 2016, and plans are developing for tours to the US, Canada and Colombia. Closer to home, St John’s Voices is embarking upon an exciting programme of concerts, recordings and videos, and recently recorded their first commercial album, of music by William Mathias, for release on the Naxos label.

The award-winning cellist and conductor Graham Walker was educated at St John’s College, Cambridge and the Royal Academy of Music. As a cellist he has performed as a soloist and chamber musician in many of the world’s most prestigious halls. He is much in demand as a choral director, and is Precentor and Director of Music at Magdalene College, Director of St John’s Voices at St John’s College, and Musical Director of the New Cambridge Singers. As a result of his work with Classico Latino, the innovative Latin/Classical crossover ensemble, in 2011 he was awarded a plaque on Colombian national TV in recognition of his “outstanding contribution to Colombian Andean music”. His first two discs with Karolos, of chamber muisc by Stephen Dogson, received rave reviews in the music press.

Along with being one of the organ scholars for St John’s Voices, Shanna Hart is also Organist & Director of Music at St Botolph without Aldgate, London, and Graduate Organ Scholar at Robinson College, Cambridge. She has recently graduated with a Master’s in History and Philosophy of Science from Selwyn College, Cambridge where she was also Organ Scholar for four years. Shanna has performed a number of organ recitals throughout the UK, including in Gateshead, Sutton Coldfield and various churches in London, and occasionally also makes public appearances as a French horn player or accompanist.

Hugh Crook is in his fourth year reading Engineering at Emmanuel College, where he was Organ Scholar for three years. In this role, he accompanied the choir’s regular services and concerts, as well as directing their most recent tour to Barcelona. This year, alongside playing for St John’s Voices, Hugh is also Organ Scholar at Our Lady and the English Martyrs in Cambridge, where he regularly plays for Mass and directs the Schola Cantorum. Before starting at Cambridge, Hugh studied at the College of Richard Collyer, Horsham, and was organist of St Margaret’s Church, Warnham for three years. During this time, he gained a DipABRSM with Distinction in Piano Performance, studying under Alison Sutton, as well as becoming an Associate of the Royal College of Organists, learning with Peter Dutton. He currently studies the organ with Stephen Farr. 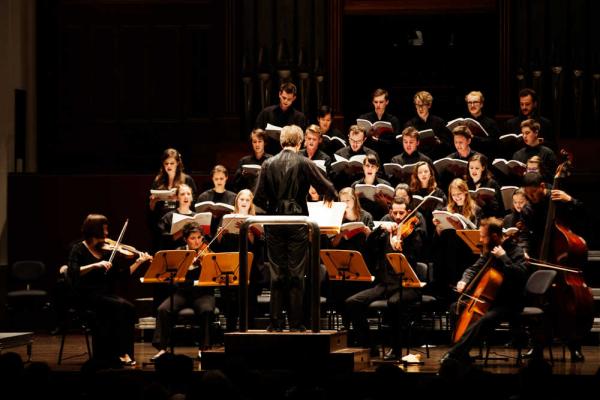 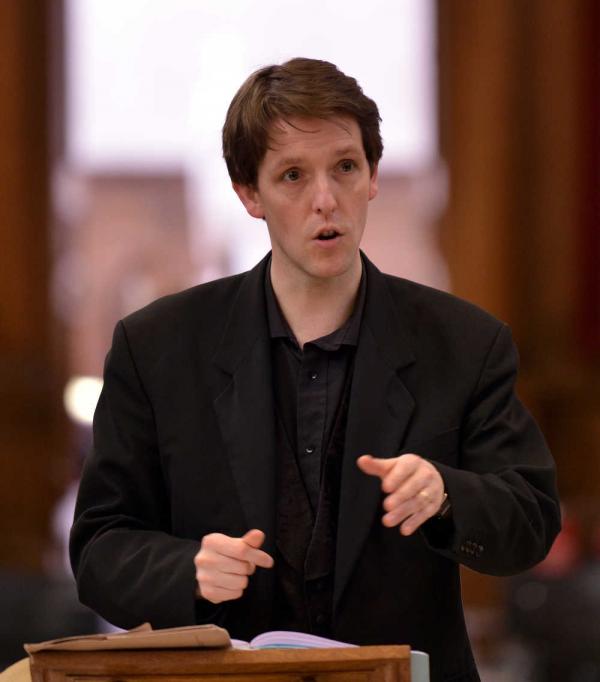