Robbie Carroll has just finished his final year of the B.Mus. performance degree in DIT Conservatory of Music and Drama. Having previously been organ scholar of Galway Cathedral, he is now organ scholar of St Mary's Pro-Cathedral, Dublin, where he works closely with the boys and gentlemen of the renowned Palestrina Choir under the direction of Blánaid Murphy. In recent years he has accompanied the choir on tour in the USA, Brussels and Rome, and has recorded with them on their most recent CD. Robbie is currently studying organ under Simon Harden, having studied previously under the late Una Russell, Colm Carey and Siobhán Kilkelly. He has won multiple prizes in the ESB Feis Ceoil and has also been prize-winner in both organ and piano in DIT internal competitions. He also holds an Associate diploma in piano performance from the London College of Music. Robbie was winner of the Brennan Prize for the most promising musician in the competition in the Freemasons' Young Musician of the Year (2016), and is also the only organist ever to compete. He has participated in masterclasses with Dr John Kitchen, Dame Gillian Weir, Sophie-Véronique Cauchefer-Choplin, and Prof. Henry Fairs.

Trio for two manuals and pedal

Sonata on the 94th Psalm 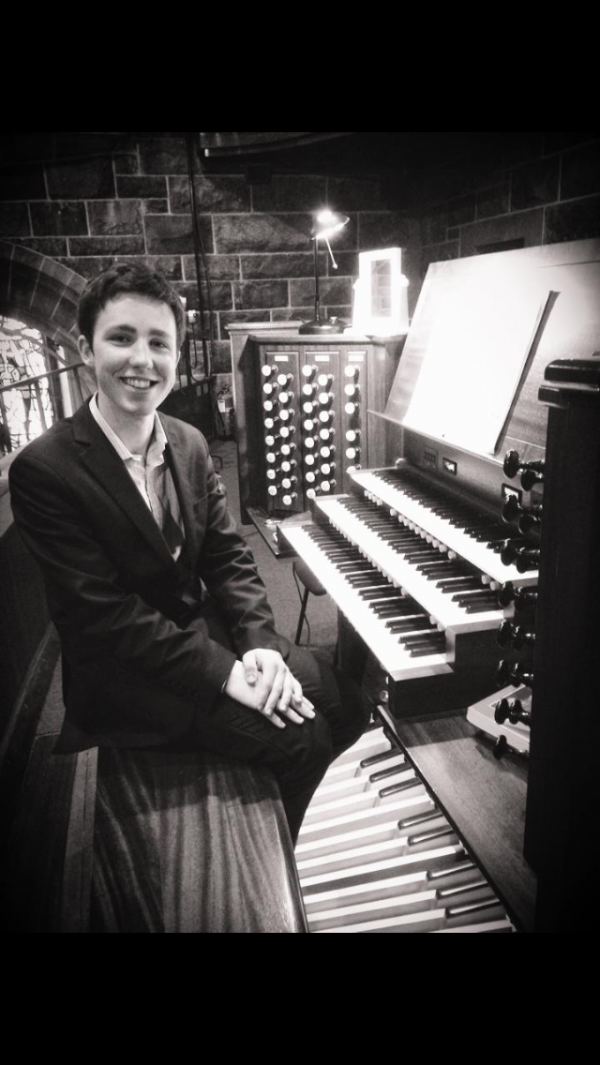