Gerard Gillen has been Titular Organist of Dublin’s Pro-Cathedral since 1976 and was Professor and Head of Music at Maynooth University from 1985 to 2007. A First Class Honours graduate of University College, Dublin, Oxford University, and the Royal Conservatoire of Music, Antwerp (where he gained the Prix d'Excellence, the highest award for instrumental performance), Professor Gillen has an international reputation as an organ recitalist and has given over 1,000 recitals throughout Europe, the Middle East, America and Australia. He has also been a member of international competition juries in Oxford, Ann Arbor, London, Graz and Dublin. Gerard Gillen was founder of the Dublin International Organ & Choral Festival (now ‘Pipeworks’). In 1984 he was conferred with a Knighthood of St Gregory (KCSG) by the Vatican. Other honours include the John Betts Visiting Fellowship at Oxford (1992). In 2006 he was made a Chevalier des Ars et des Lettres by the French Government, in 2007 he was conferred with the degree of Doctor of Philosophy honoris causa by the Pontifical University of Maynooth, and in 2010 he was awarded the Belgian Government honour of ‘Officer of the Crown’ and the Ehrenkreuz für Wissenschaft und Kunst, 1e Klasse (Cross of Honour for Science and Arts) by the Government of Austria. He was also elected to Fellowship of the Royal Irish Academy of Music (FRIAM). Engagements in recent years have taken him to Hong Kong, Poland, Belgium, Italy, Austria, France and Germany, as well as participating in Bratislava Cathedral’s annual summer organ festival and Westminster Cathedral’s Grand Organ Festival.

In a monastery garden 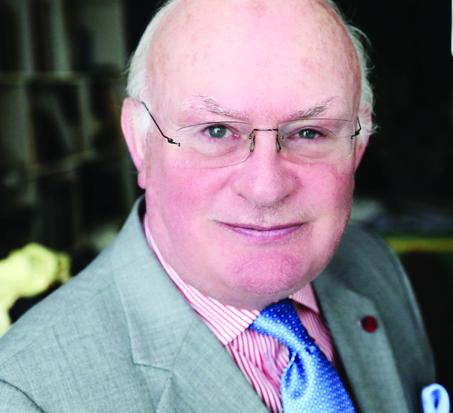