Ansgar Wallenhorst is Director of Music at Saint Peter and Paul's Church in Ratingen, Germany. A prizewinner at the 42nd Haarlem Improvisation Competition, he is one of the most distinguished improvisers of his generation, and has performed in more than twenty countries in Europe, North America, Asia and Australia. He gained his music degree at the Hochschule für Musik in Würzburg, where he studied organ and improvisation with Günther Kaunzinger, piano with Norman Shetler and music theory and composition with Zsolt Gárdonyi. He subsequently attended Prof. Kaunzinger's organ masterclass and took his master class diploma (Master of Arts) at the age of 25. He broadened his improvisation skills with Thierry Escaich and Olivier Latry, while Jean Guillou provided him with further guidance on interaction of interpretation and improvisation. He took up the study of theology and philosophy in Münster and Paris.

Under his artistic leadership the Orgelwelten Ratingen has become of Germany’s finest venues for organ culture, including an international festival as well as educational programmes, scholarships and commissions.

Recent performances have included appearances in European festivals and at the Mariinsky-Theater in St Petersburg. In 2017 he performs the symphonies of Louis Vierne in four concerts in Rome.

In addition to holding teaching positions at the Conservatory in Dortmund and at the Ruhr-University Bochum, the Laureat of the 3ème Concours d’orgue de la Ville de Paris is also a mentor and teacher of individual students. He is regularly invited as a jury member of competitions and festivals and to give masterclasses and lectures in Europe, Asia, Australia and North America. 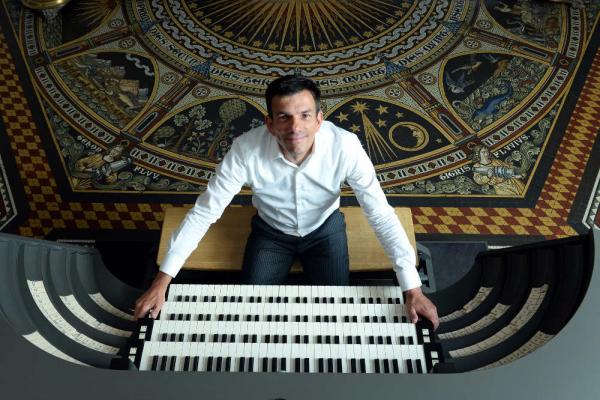