Antonio Caporaso graduated with full marks in choral conducting, composition, organ and harpsichord. In 2004 he achieved a Master's degree with distinction as an Organ Concert Artist at Universität für Musik und darstellende Kunst in Vienna. He subsequently took a degree with distinction in harpsichord. He is artistic director of the International Organ Festival of Benevento. He is director of Concentus Sacræ Harmoniae, a vocal and instrumental group specialising in sacred repertoire. He has performed concerts across Europe, in such venues as the Auditorium Conciliazione in Rome, the Michaelerkirche in Vienna, Notre-Dame Cathedral in Paris, St Paul’s Cathedral in London and Kaiser-Wilhelm-Gedächtniskirche in Berlin. He is president of the Aulos cultural association and director of the Aulos Vocale  Ensemble, a choir which performs arrangements of popular soundtracks. Antonio Caporaso is also active as a composer; together with didactic works published in the lulu.com catalogue, his arrangements and original works have been published by Pizzicato and Lantro Music. His CD Organ recital in Vienna has been published by Domani Musica, and Die Orgel von Gottfried Silbermann in der Friedenskirche zu Ponitz by Ambiente-Audio. He teachs music theory and choral training at Nicola Sala Conservatory in Benevento.

Abide with us: for it is toward evening...

Lord Jesus walking on the sea 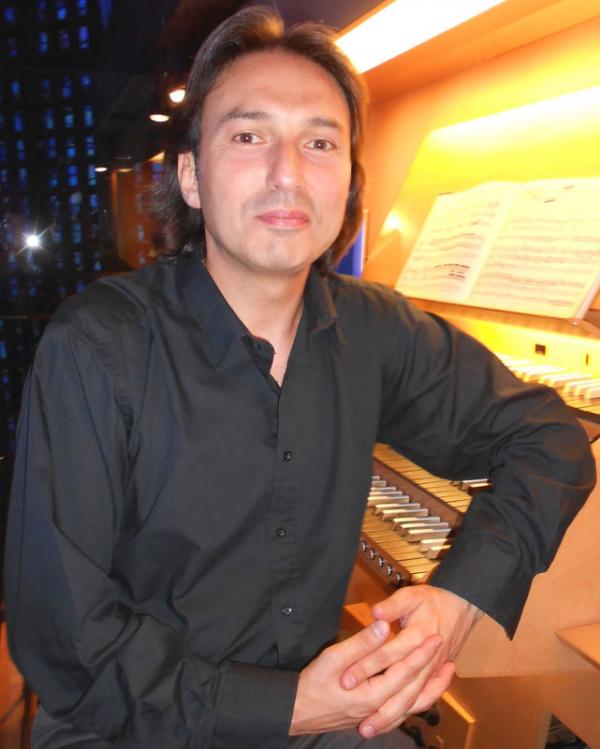