John Scott received his earliest musical training as a Chorister at Wakefield Cathedral, and gained the diplomas of the Royal College of Organists while still at school, winning the major prizes. In 1974 he became Organ Scholar of St John’s College, Cambridge, where he acted as assistant to Dr George Guest. He studied the organ with Jonathan Bielby, Ralph Downes, and Dame Gillian Weir. When he made his début, playing Reubke’s Sonata on the 94th Psalm in the 1977 Promenade Concerts at the Royal Albert Hall, he was the youngest organist to appear in the Proms.

On leaving Cambridge, he was appointed Assistant Organist at St Paul’s and Southwark Cathedrals, and won first prizes from the Manchester International Organ Competition (1978) and Leipzig J. S. Bach Competition (1984). In 1985 he became Sub-Organist of St Paul’s Cathedral, and in 1990 succeeded Dr Christopher Dearnley as Organist and Director of Music.

Recent engagements have included concerts in Symphony Hall, Birmingham, Notre Dame in Paris, the Thomaskirche, Leipzig, King’s College, Cambridge, Cologne Cathedral, Disney Hall, Los Angeles and London’s Royal Albert Hall. In March 2014 he took part in the festivities to celebrate the restoration of the organ in the Royal Festival Hall, London, playing the first solo recital on the refurbished instrument. In June of 2014 he gave the premiere of Nico Muhly’s Patterns at the National Convention of the American Guild of Organists in Boston.

In the summer of 2004, after a 26 year association with St Paul’s Cathedral, he took up the post of Organist and Director of Music at St Thomas Church, Fifth Avenue, New York, where he directs the renowned choir of men and boys. In recognition of his work at St Paul’s, he was awarded the LVO from HM Queen Elizabeth II. 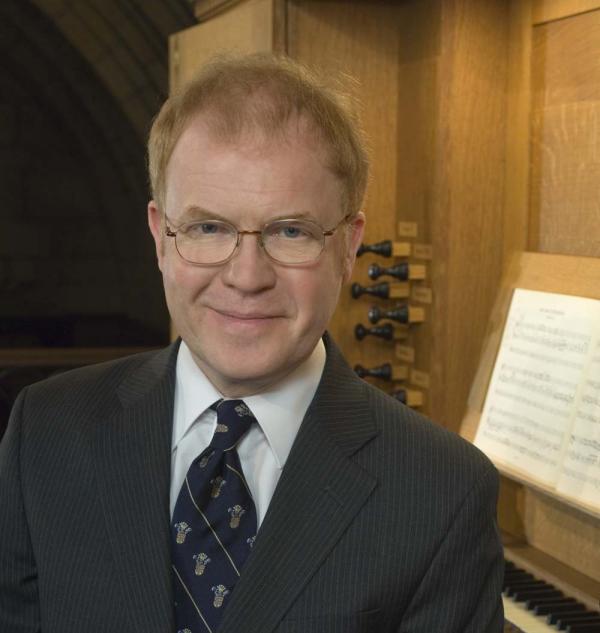