Carole O’Connor studied organ with Anne Leahy in St Michael’s Church, Dún Laoghaire, and piano with Siobhan Kilkelly at the DIT Conservatory of Music and Drama, before beginning the performance degree in the DIT in 2002. During her degree, she studied organ with Una Russell and piano with Mary Lennon, graduating with first class honours in 2006. She has attended many organ courses including the Oundle Academy in Cambridge, the Académie de Musique Tibor Varga in Sion, Switzerland and the summer course in Romainmôtier, Switzerland. She has participated in numerous masterclasses, including those of Susan Landale, Thomas Trotter and Harald Vogel. In 2007, she completed an MMus in musicology with first class honours at UCD. She then continued her organ studies with David Adams at the Royal Irish Academy of Music, and was a competitor in the Dublin International Organ Competition in 2011. She was organist of St Andrew’s Church, Westland Row from 2004 to 2011. Carole is currently a PhD student at the DIT. She teaches for Pianos Plus School, and works as an organist and accompanist in Dublin. 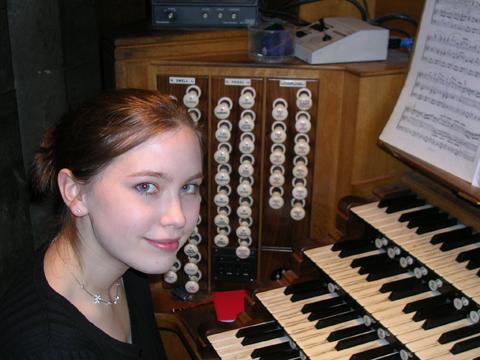