Raymond O'Donnell has been director of music at Galway Cathedral since January 1994. A native of Dublin, he studied organ at Dublin’s Pro-Cathedral, under Gerard Gillen, where he was organ scholar for three years. He studied music and mathematical physics at NUI Maynooth, graduating in 1991 with a first-class honours MA in organ interpretation and performance; while an undergraduate he spent a year on scholarship to University of Louisville, Kentucky, for advanced organ studies under Melvin Dickenson. He has attended masterclasses with Daniel Roth, Marie-Claire Alain, Ben Van Oosten and others. Before coming to Galway he was director of sacred music at Clongowes Wood College. He performs regularly as both soloist and accompanist in Ireland and abroad: engagements in the last three years have taken him to Germany, Spain, Belgium, Finland, France, Poland and the Czech Republic. He has also returned to NUI Maynooth as a part-time lecturer. In addition to his musical career he has an active interest in software development, and also holds a private pilot’s license. 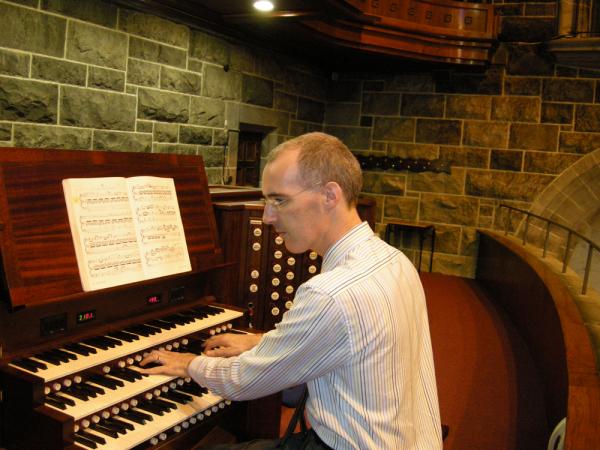