Formed in 1995 when Bogdan Sofei, Ingrid Nicola, Andreea Banciu and Adrian Mantu were students at the Music University in Bucharest, the ConTempo String Quartet has become one of the most celebrated young string quartets performing today. It has been Galway's Ensemble in Residence since 2003, in which role the quartet attracts internationally-known musicians from all genres to Galway for collaborative concerts, runs workshops for young musicians, takes part in education programmes in Galway schools, and mounts the annual ConTempo Summer Festival. ConTempo Quartet has toured the world extensively, performing more than 1000 concerts in such venues as Carnegie Hall, Wigmore Hall, St Martin in the Fields and St John's Smith Square in London, the Philharmonic Hall in Berlin, Max Joseph Saal in Munich, Theatre Chatelet in Paris, the Opera House in Tel Aviv, Musée de Beaux Arts in Brussels, Geidai Hall in Tokyo, the Waterfront Hall in Belfast, Athenaeum Hall in Bucharest, the National Concert Hall in Dublin, and many more. It has had the honour to be invited to perform in front of great personalities such as the late Pope John Paul II at Castel Gandolfo in Italy, for Prince Charles in the UK, for Nelson Mandela, and others. The quartet has participated in numerous television and radio broadcasts in England (where they recorded quartets by Shostakovich, Debussy, Mozart, Haydn, Beethoven, Bartok & Constantinescu for BBC), France, Italy, Austria, Germany, Romania and Ireland. Last year it released a CD with the famous Irish traditional musician Mairtín O’Connor, featuring a fusion of Romanian & Irish Traditional music with classical music. The members of ConTempo Quartet have recently held international chamber music courses in Ireland (ConTempo Summer School in Galway, Royal Irish Academy of Music in Dublin, Concorda in Kilkenny, etc.), in the UK (Royal Academy of Music and Reading School of Music), in Japan (Geidai University of Music, Tokyo) and in Romania.

David Grealy, a native of Galway city, is a first-class honours music and history graduate of NUI Maynooth, where he studied organ performance under Professor Gerard Gillen. He is currently organist in residence at Westminster Cathedral, having been organ scholar there in 2008-9. His duties include accompanying the renowned Cathedral Choir and giving regular organ recitals at the Cathedral. From 2006 to 2008 he was organ scholar at St Mary's Pro-Cathedral in Dublin, and was also assistant director to the choirs in 2009-10. His duties in the Pro-Cathedral included working closely with the Palestrina Choir, for whom he was organist on its tours to the UK in 2007 and 2009, Germany in 2008, and the USA in 2010. Prior to this he held the organ scholarship at Galway Cathedral for three years, where he featured on a number of occasions in the Cathedral’s recital series. David is also in regular demand as an accompanist. He has featured regularly on RTÉ broadcasts, including The Late Late Show in April 2008, and broadcast Easter and Christmas liturgies in 2007. He has also won numerous prizes for organ including the Stanford Prize in 2003 and the advanced organ prize in 2005 at the Dublin Feis Ceoil.

Concerto for organ and strings in G minor, op. 4 no. 1

Concerto for organ and strings in B flat major, op. 4 no. 2 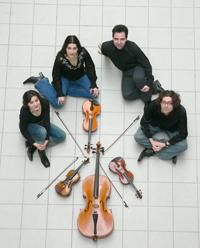 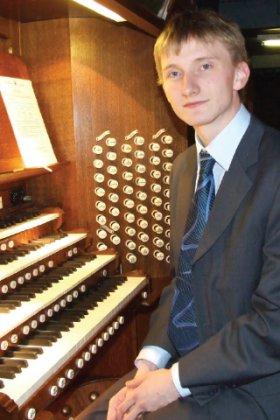