Michael Harrison is one of Ireland's leading trumpet players, appearing regularly with many of the country's major orchestras including the Ulster Orchestra and RTÉ National Symphony Orchestra. He has performed in over forty countries worldwide and has played in all of the world's major concert halls. He has worked with artists ranging from Pavarotti to Diana Ross, played on nearly two hundred recordings and appeared regularly on television, including the first and last nights of the BBC proms. Michael has played for many heads of state and has also performed for the royal family at concerts in Buckingham Palace and for state occasions in Westminster Abbey.

Emma Gibbins is the resident organist and director of music at St George's church, Belfast. She began her musical career as organ scholar at Pembroke College, Cambridge, subsequently holding posts at St Michael's, West Croydon and St. Martin's in the Fields in London. Following a year as organ scholar at Southwell Minster, during which time she was awarded the Associate of the Royal College of Organists diploma, she completed the Master of Music course at the Royal College of Music. Previous to her current position in Belfast, Emma was director of music at All Saints Church in High Wycombe, director of a newly formed girls' choir at Brentwood Cathedral in Essex and associate organist of St Sepulchre-without-Newgate, the national musicians' church in the City of London. 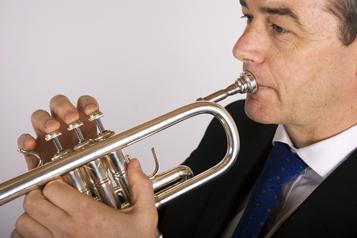 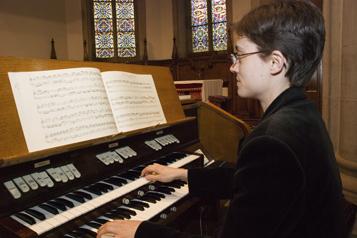